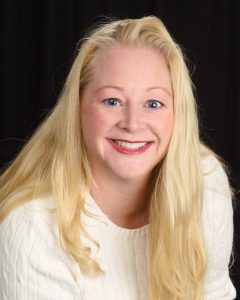 Sandra Beck is the president of Motherhood Incorporated. As an Author, Coach, Speaker, Radio Host, Entrepreneur and Philanthropist, Sandra Beck is as successful as she is busy. The single mother of two young boys has created a virtual empire of successful companies entirely staffed, managed and implemented using a host of virtual assistants and on-line resources. She is also the author of a wildly successful blog (www.motherhoodvoice.com.)

Author of Motherhood Incorporated, The Smart Woman’s Guide to Working From Home with Just a Computer and an Internet Connection, Bouncing with Style,  and Blogphoria – How To Reach Millions of People without Spending a Dime, Sandra Beck is a powerful voice in the Social Media Arena as a popular Internet Brand Strategist.

Sandra Beck is the host of two Radio Shows: Military Mom Talk Radio and Motherhood Talk Radio.  She has produced over 145 episodes and has been a guest on 37 other radio shows on various networks.

An active contributor and participant in many charities, Sandra Beck strives to make the world a better place for today’s and our future’s children. Near to her heart are Toys for Tots, World of Children and Children Uniting Nations.

Sandra Beck was born in a small town outside of Buffalo, New York. She attended Northwestern University and earned both her Bachelor’s Degree in Journalism and her Master’s Degree in Advertising.